The Federal Reserve sets the Federal Funds Rate, which is the interest rate at which banks and credit unions can lend excess reserve balances to other banks and lenders overnight. Each bank is required to keep a certain amount of funds in reserves based on the size and risk of their loan portfolios. To the extent a bank has excess deposits compared to their reserves, they are then able to lend out money to other lenders at the federal funds rate.

There are three ways the Federal Reserve directly or indirectly impacts corporate borrowing.

#1: As the Federal Funds Rate rises, the cost of borrowing for lenders also rises.

In order to grow, lenders often lend more money than they have in deposits. When this happens, they need to borrower from the federal reserve at the federal funds rate, the cost of which they pass along to their borrower.

#2: Rates tend to increase as the economy performance improves.

Loan demand increases as companies require more growth capital, expansion projects and acquisitions. With more loan demand in a growing economy, two things tend to increase loan pricing. First, the banks can afford to raise the cost of capital because their is more demand for a finite amount of debt capital. Second, the Federal Reserve often has to raise the fed funds rate in order to control inflation which is often a byproduct of a quickly growing economy. Both of these factors create an environment of rising loan pricing for borrowers in both interest rate and fees.

#3: Non-bank lenders are indirectly impacted by the federal funds rate

In environments of rapidly changing Federal Funds rates, whether it’s up or down, it is important to realize that banks react to rate changes at different speeds.

In an environment when the fed funds rate is decreasing, Lenders are typically slow to reduce pricing for loan renewals / extensions because these renewal processes occur without competitive pressure from other banks. Borrowers typically have a hard time keeping their bankers honest without running a competitive RFP process. These processes traditionally take a lot of time and borrowers wrongly believe that pricing is efficient, but new technology like Cerebro is making it easier for borrowers to see how the market is shifts as their performance and the economy shift.

Benefits of loan data and an experienced transaction team

Deal terms for private companies are not publicly available. It's an opaque market where middle market companies are often left in the dark about what financing rates and terms their peers and competitors are receiving. The best way to determine competitive terms is by relying on the feedback of transactions experts who regularly review real term sheets in the market.

Cerebro Capital is one of the only data-driven platforms bench-marking private loan data and offering a systematic credit RFP process. Cerebro's Credit Explorer service can help middle market companies systematically source the best deal from a network of bank and non-bank lenders. Their transactions team experts help craft your narrative and leverage market data to put competitive pressure on lenders.

Receive a complimentary analysis of your financing request today. Learn what terms and rates your company could expect to receive in today's market. 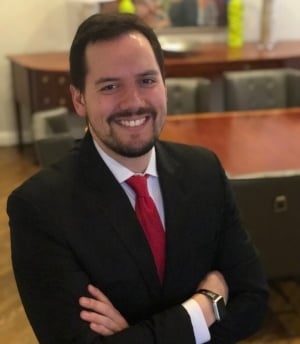